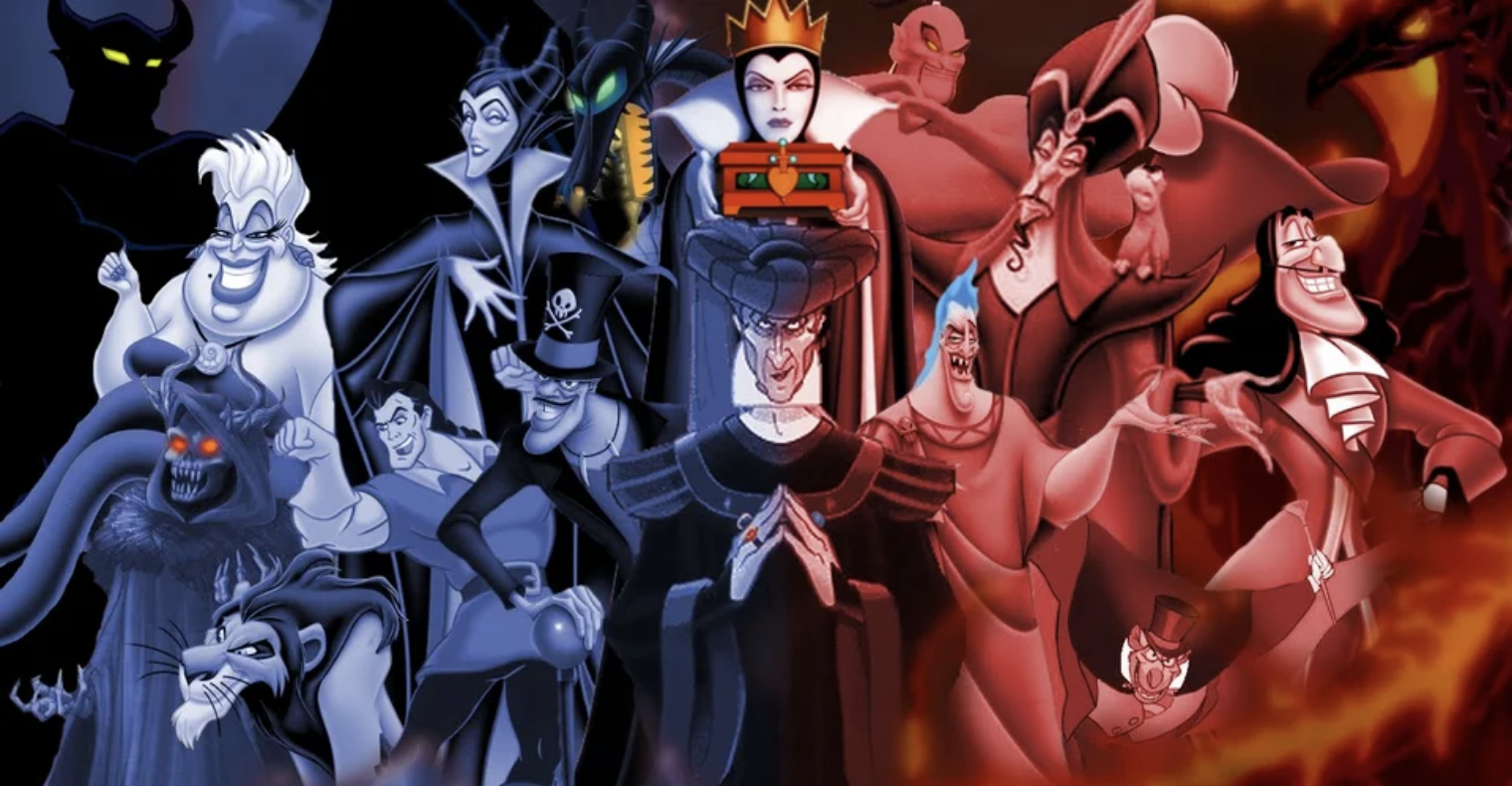 Recently after watching Pitch Perfect 2 I took to Twitter to compile a list of disaster bisexuals, in doing so (and with the help of others) I realised that a lot of the characters coming up were villains. This isn’t a new thing, queer representation and villainy has a long and complicated history, especially when it comes to kids films – here’s looking at you Disney. I expect to see a camp, flamboyant antagonist in a Disney film, but why is it so easy to see Captain Hook or Ursula as Bisexual/Queer when we don’t necessarily think of our hero’s in the same way?

Queer coding, much as the name suggests, refers to a process by which characters in a piece of fictional media seem — or code — queer. This is usually determined by a series of characteristics that are traditionally associated with queerness, such as more effeminate presentations by male characters or more masculine ones from female characters

A lot of this is born from negative stereotypes from the golden age of cinema, when actors or voice artists were told to play a character as gay, embodying all the negative stereotypes, without them being labelled as such. With female villains being devious and sly, compared to the sweet and innocent heroins, and male villains being less manly and more effeminate compared to their match male hero counterparts. And this sort of stuck- although the 60s revolution with women, BAME and LGBT rights movements kicked off, Disney villains for a long time remained the same. This continued well in to the 1990s and beyond, with the likes of Hades, Jaffar and Governor Ratcliffe (from Pocahontas) all played flamboyantly, having decidedly swaying hips and emotional outbursts, the lazy gay male stereotypes.

A retrospective look back on some of the properties that were big when I was growing up only really serves to prove the point. A good example is Scar from the Lion King; he minced, flounced and strutted around as a solo older male. He is clever, camp and very catty and once he did over throw the alpha male he didn’t show any interested in the lionesses. Hook similarly preferred the company of men- at least on his ship. He was well groomed and by all accounts a prissy dandy, dressed in bright pink hat with a comically large feather.

It’s easy to see why these stereotypes stayed around long past the golden age, how the all American (heterosexual) dream might have been scared by men who felt they could show their emotions, and women who felt they didn’t need their life defined by marriage. By painting the strong, athletic ‘normal’ men as the hero (always getting the girl and coming out on top) reinforced these messages well in to the turn of the century.

The good news is progress is now being made. With it now being much easier to access classic and older films, alongside the expanse and growth of social communication, people are reclaiming these camp characters as their own. Taking what could be seen as a humiliating queer representation and turning them into icons within the community.  This reclamation of characters is having a slow but positive effect. We are getting more queer characters on screen (even if it is not depicted IN the movie- here’s looking at you Lefou and Elsa) and it’s not just villains that have these traits any more.

Modern Disney films have for the most part dropped their traditional villain roles, with films like Frozen and Brave focusing more on character growth rather than beating the external villain figure; and where villains do still feature they aren’t necessary queer coded any more – although Tamatoa from Moana was extremely queer coded. Modern depictions of characters who would have been, at other points in history, simply queer coded are now sometimes actually becoming straight-up queer. As creators listen to their audiences and the audiences of old are now the creators themselves. While this isn’t yet true open and out representation in the biggest animation studios we are slowly making progress with small-part LGBT characters (Zootopia and Onward) beginning to emerge. Only time will tell if this trend continues, or whether Disney is paying lip-service to representation.